The Violation of Viola

Posted on October 1, 2014 by nowandthenadays

Right up front I’ll admit to having few credentials as a television or entertainment critic. On the other hand, I’ve read many reviews that make me question the credentials of others. I figure if you can articulate your opinion and a few significant whys and wherefores in support of it, anyone can be a critic . . . at least on their own blog!

Frankly, many television shows I’ve liked were not big hits. For example, Paul Haggis’s EZ Streets, starring Ken Olin and Joe Pantoliano, didn’t even air an entire season. While nine episodes were shot, the show was rudely axed from the schedule after the eighth one, as if it were a tub of rotting fish.  Not even a hint of closure.

Also, Civil Wars with Mariel Hemingway, Debi Mazur, and Alan Rosenberg, produced by Steven Bochco, didn’t last long. The show featured a partnership of divorce attorneys in Manhattan in which one of the partners played by Rosenberg (Levi) has suffered a nervous breakdown. The budding relationship between Mariel and the new partner, Peter Onorati, along with Levi’s attempts to put back the pieces of his professional life were beautifully nuanced.

Another favorite was Once and Again with Sela Ward and Billy Campbell, portraying a newly divorced single mom with two daughters who meets a single dad with his own children and problems. Interspersed throughout each episode were “interview” sequences filmed in black and white, in which the characters would reveal their innermost thoughts and memories to the camera. Alas, it only lasted a season or two. 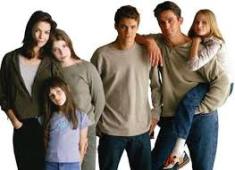 And then, there was Jack and Bobby, a faux documentary on WB network about the lives of two brothers, one who would grow up to be president in 2041, starring the wonderful Christine Lahti as their mother and college professor. Unknown Bradley Cooper played one of her TAs and potential love interest.  Both the premise and the execution were television at its finest.  One season. 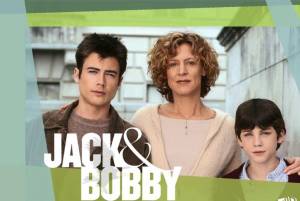 So, in case you haven’t already fired me as an entertainment critic, let me give you another reason:   Law & Order grates on my every last nerve. Even if you don’t mind that the police officers regularly arrest suspects by violating their constitutional protections, a viewer must put up with lawyers in the courtroom behaving badly, i.e., getting away with antics no judge would tolerate in a real court. Sam Waterston takes high dudgeon to new levels, badgering witnesses, pontificating, and grandstanding, which may be the way they practice law in New York court rooms, but I kind of doubt it. It’s just too irritating and implausible for me to watch.

Finally, if you are still with me, let me tell you about the new ABC show, How to Get Away with Murder, which was on the rave list of several (professional) television critics.  They apparently liked the show and gave Viola Davis high praise for her portrayal of a criminal law professor. As I think Viola Davis is a great actress and spent three years in law school, I thought it would be an interesting walk down memory lane, if nothing else.

Not only was it a far cry from the Paper Chase – it wasn’t even in the same universe.  Viola Davis as Annalise Keating, is more than a law school professor teaching first-year criminal law – outside the classroom she is also a criminal defense attorney! And, in this first episode, she’s on the eve of trial, defending a woman accused of murder. This also happens to be the first day of the fall semester.  Accordingly, she tells her class full of eager young men and women – who are still finding their way around the school, getting moved in, etc. – about the facts of her case and invites them to come up with ideas for defending this woman. Whichever five or six students think of the best ideas get to participate on the defense team.  Do I really need to point out, there are soooo many things wrong with this picture?

To begin with, first-year law students, with merely the first day of class under their belt, have no more knowledge about the law than the little they may have gleaned from Law & Order (not much). They are usually ignorant about both trial and pre-trial procedure, e.g., discovery, motions in limine, privileges, etc. Legal research is not yet in their skill set – Lexis and Westlaw passwords are probably still in the mail. To underscore this fact, one of the chosen students thinks he’s found a winning strategy after the first day of trial.  He excitedly suggests that she could go for a directed verdict (meaning that there is no legally sufficient evidence to allow a reasonable jury to reach a contrary conclusion) because she managed to discredit one of the prosecution’s witnesses on cross-examination. A directed verdict, of course, is nothing new to any trial lawyer, and Professor Keating appropriately rejects it out of hand. But one has to ask:  Why is she wasting time with these students?  Simply put, no trial attorney (even a part-time law school professor) would turn a murder trial into a learning exercise for newly-seated law students!!

In fact, these students, at the outset of their legal education, need to have their butts sitting in the rest of their first-year classes: Torts, Property, Constitutional Law, Contracts, and Civil Procedure classes. One gal (apparently the smartest among the trial team six) expresses some concern about her other classes, but Professor Keating cuts her down with rapier swiftness about being a real lawyer. Can’t she be a real law student first, Professor?

Frankly, law professors fall all along the arrogance spectrum (which is good training for dealing with judges) but I can assure you, the rest of the faculty wouldn’t put up with Professor Keating very long. It’s clear that she is one who disdains traditional legal education and her colleagues, as well. And not to the benefit of her students.

If you need more implausibility, did I mention that the Professor goes to a cocktail party one night in the middle of the trial? If you are in the thick of any trial, much less a murder trial, I can guarantee you that the attorneys are not out partying and drinking. You barely have time to eat or sleep.

Perhaps the worst part of the show was watching what she did to a detective she had called as a witness. I’d hate to spoil it for you (in case this show is still on your DVR and I haven’t discouraged you from running it), but suffice it to say that she manipulated him into a compromising position a few days earlier and then, completely blindsided him on the stand, probably destroying him professionally and his department. It was pretty disgusting.

As for the subplot with the trial team students who become involved in a murder, I’m sure it is partly designed to distract viewers from the preposterousness of Professor Keating’s law practice and teaching methods. I’m not sure that their predicament will make the show watchable, but I will say that these kids would be better serving time in prison rather than serving a whole semester in Keating’s class and experiencing the soul murder that she would exact.

And speaking of the soul, I wonder if anyone else is offended by her character’s name: Professor Keating? The last Professor Keating in entertainment history was Robin Williams’s character in Dead Poet’s Society. If this is some cute attempt by the show’s creators to suggest that there is any commonality (beyond the employment of unorthodox teaching methods), I will hereby correct them.  There is no comparison. John Keating filled souls. Annalise Keating drains them. 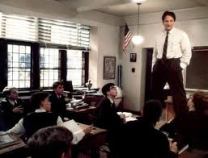 In conclusion, it’s always sad to see talent wasted and in this case, to see the skills of a very good actress employed in furtherance of such ludicrous and outrageous nonsense.  With my track record, however, it will probably be a big hit.  Bets, anyone?

Observer of life who writes about Austin, women's issues, history, and politics. I retired as a Texas Assistant Attorney General after almost 40 years in state government in May, 2013.
View all posts by nowandthenadays →
This entry was posted in Television, Uncategorized and tagged Bradley Cooper, Christine Lahti, How to Get Away with Murder, law school, Professor Keating, Robin Williams, Sela Ward, Viola Davis. Bookmark the permalink.

3 Responses to The Violation of Viola