How the NRA is Killing Christmas

Even before Charles Darwin explained species survival, our children have always been our most precious assets, our links to immortality. Like others in the animal world, humans instinctively protect their offspring until they can manage on their own. In the last couple of centuries, however, parental protection has expanded from teaching survival basics to obscuring life’s harsh realities. Until we deem their tender minds ready for the nastiness of a dog-eat-dog world, broken hearts, death, and taxes, we cushion them with a world of magic, fantasies, and sweet imaginings.

In her captivating novel, Hap & Hazard and the End of the World, author Diane DeSanders’ young girl in post-WWII Dallas wondered why the adults around her were so desperate for her to believe in Santa Claus, one of the many things she was precociously beginning to doubt. After enduring a steady barrage of her third degree, the girl’s father takes her to the movie, Miracle on 34th Street, hoping to establish Santa’s bona fides. It was an unsuccessful effort, as, afterwards, she reports:

It was clear from that movie that if that little girl was going to have a happy mother and a happy daddy and a nice happy house with a swing in front – and you cannot just go around being happy until you have all these things in place – then that little girl was going to have to go ahead and believe in Santa Claus and in all the things in which we’re supposed to go ahead and believe . . . . If only I could have a big brother or even a big sister, someone older, or just someone – I need someone– who will tell me at least what it is that we are pretending.

Of course, the honest broker she sought would tell her that we were pretending the world was a good place full of magical beings like Santa Claus, the Tooth Fairy, Prince Charming, the Easter Bunny, and in general, all sweetness and light. Nothing bad can happen to a child in such a delightful world and there would be plenty of time to learn the sad truths later.

These magical creations certainly played their role in my typical American childhood for an appropriate number of years. It wasn’t hard to believe in a world of goodness in my young Austin neighborhood where we never locked our doors and played outside all day, free to wander and pick our playmates. I never feared for my safety, never saw a real gun, and never learned to recoil from a stranger. We rode our bikes everywhere and were allowed to watch anything on television since the most violent show was Gunsmoke or, maybe, Bonanza, with one bad guy antiseptically shot or injured per episode. Watching Saturday morning cartoons was a religious ritual, my favorite being Mighty Mouse. He always came to save the day. 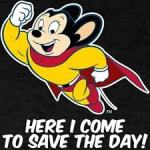 That all seems so quaint as we contemplate the world of today’s child having so much to fear. My grandson, age 7, knows that doors must be locked, stranger means danger, and, is a bit nervous when playing outside unless there’s an adult within calling distance. He will assure me that he’s watching an “age-appropriate” program on my iPad, well aware that violence, gore, and horror are lurking around the corner, ready to give him nightmares.  Even “Tom & Jerry”cartoons are considered “too violent” these days!

Thank goodness he still has Santa Claus, the Tooth Fairy, and the Easter Bunny!

But how much longer until he learns that among the dark corners and dangers of the real world, there exists the possibility that he and his friends can get shot at school? How does Santa survive in the same young minds of children required to do life-saving lock-down drills so they won’t take a bullet and die?

During the duck-under-our-desks days of my youth, I don’t remember the notion of Russian bombs being scary.  Such attacks were theoretical, unlike the actual school shootings of today that are hard to avoid in any house with a television. Adults can try to screen children from the news and use only the names, Sandy Hook and Columbine, for example, to make the horror of child murder sound less horrific, but they will eventually learn the truth – that they may be the next targets of a deranged shooter at school, church, or any public gathering place.

Equally horrifying are our purported leaders sitting on their hands doing nothing about it (although Florida lawmakers have taken some baby steps). Nothing happens, of course, because the Republican party, that so-called party of family values, is owned – lock, stock, and barrel – by the National Rifle Association (N.R.A.), which deceptively suggests an interest in mere rifles while actually supporting unfettered access to every kind of killing device with a muzzle. As we consider this organization, look to every other country in the world and you’ll see their number of gun deaths are nowhere near our number. These countries have mental illness, guns, children, and politicians. What they don’t have is the N.R.A. It’s not rocket science: killing the undue influence of the N.R.A. is the only way to protect our children from the line of fire. 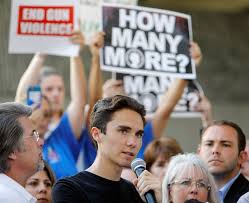 In the aftermath of the Parkland shooting, the surviving teenagers have given me hope this can happen, even when so many have tried and failed before. So far, their voices have moved a nation, turned “N.R.A.” into a dirty word, and spurred others to reject political pablum in lieu of action. They have called out “bullshit” where they see it and who would dare muffle them? After facing a gunman ready to kill with an AR-15, or being deafened by the discharge of round after round exploding into the bodies of fellow classmates, they have earned the right to say anything they want – particularly when it’s the truth! I support them with all my heart, broken anew every time I think of the children, particularly the smallest from Sandy Hook, and imagine their young bodies destroyed by a cheap bullet from a weapon of war, lost to Santa Claus forever. It could be my grandchild next. Or yours.

This country needs comprehensive gun control, just like every other country that calls itself civilized. As the Parkland teens are urging so forcefully, we need to target those politicians who value staying in office more than the basic family value of keeping our children safe. We need to vote, America, like our lives and those of the people we love, depended on it!  We need to donate to organizations working against gun violence.  As these teens have said, thoughts and prayers are bullshit — something politicians say to usher us past the last shooting and back to a state of collective amnesia until the next one.

Can’t we finally refuse to be ushered, reclaim our power, and vote against the N.R.A. everywhere it rears its horror-strewing head until a safe day at every school is restored as part of the American dream? Surely, every sane citizen must realize that Prince Charming will not kiss us awake from this nightmare and Mighty Mouse will not save the day. Unless we go to the polls and vote in favor of reasonable gun control, we might as well kiss Santa Claus and all the magic of childhood, good-bye. 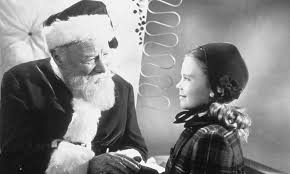 1 Response to How the NRA is Killing Christmas